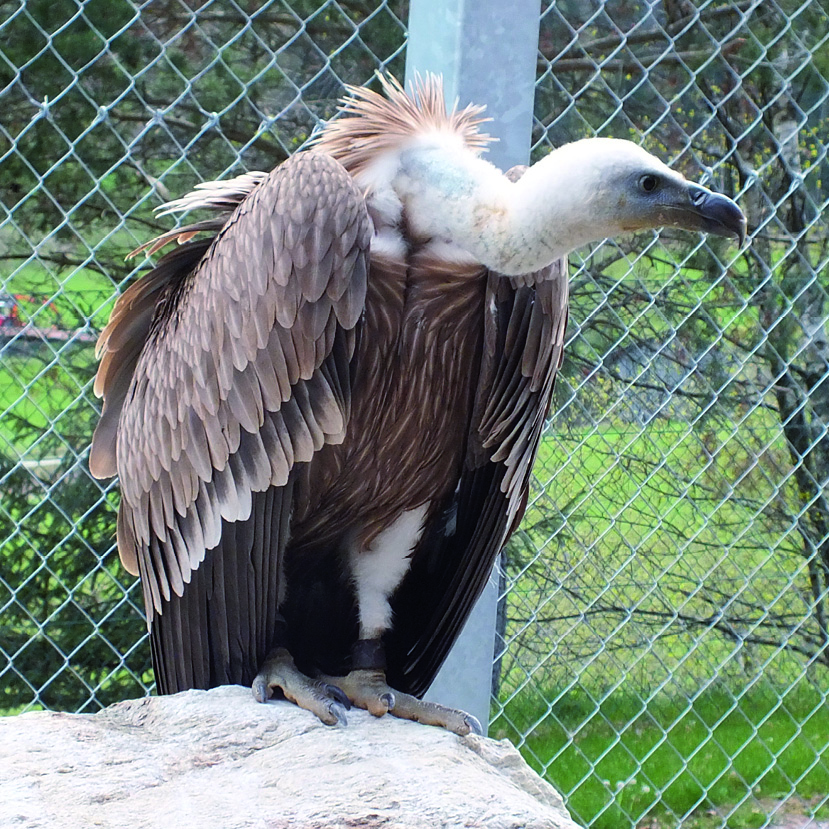 The Griffon vulture has a wing span of almost 3 meters. Despite their imposing size, they are pure scavengers and unable to catch a mouse. As a scavengers, they fill an important role in the ecosystem to prevent sickness and disease. Its special characteristic is the long white neck, which in youth, is encompassed with feathers of cinnamon brown, in age a white ruff. The griffon vulture becomes sexually mature only at the age of 10 years and lays a single egg per year. Once hunted intensely and driven to the brink of extinction, Its territory’s today have disintegrated, with resettlement projects in the Alps and Pyrenees, its numbers have started to increase again, but new dangers have arisen for the birds of prey. For example in Spain 732 griffon vultures were killed by intensive use of wind energy from 2000 to 2006.