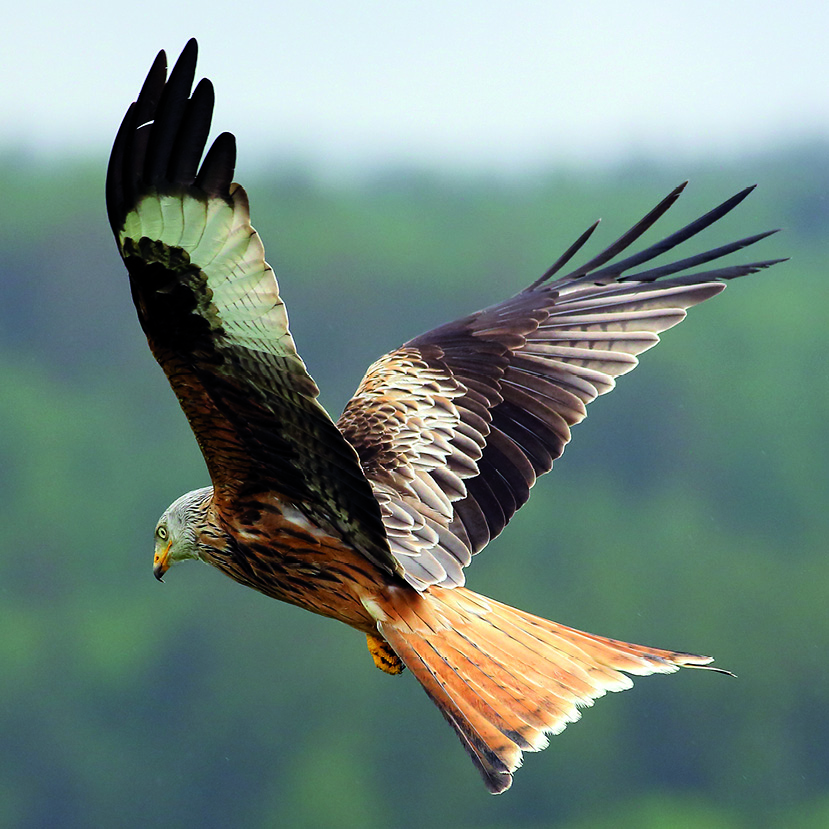 The Red Milan is a scavenger. You can often see them annoying other birds until they simply let go of their prey. However, as a scavengers, they are extremely tact and speedy in the air, stopping them from becoming prey himself. In contrast to its relative, the black kite. The Red Milan is not purely a scavenger , but procures its prey mostly itself. Fish is preferred, but also carrion and waste, mice, rats, moles, songbirds and insects are eaten. Most of the time though, weakened and sick animals are on the menu.