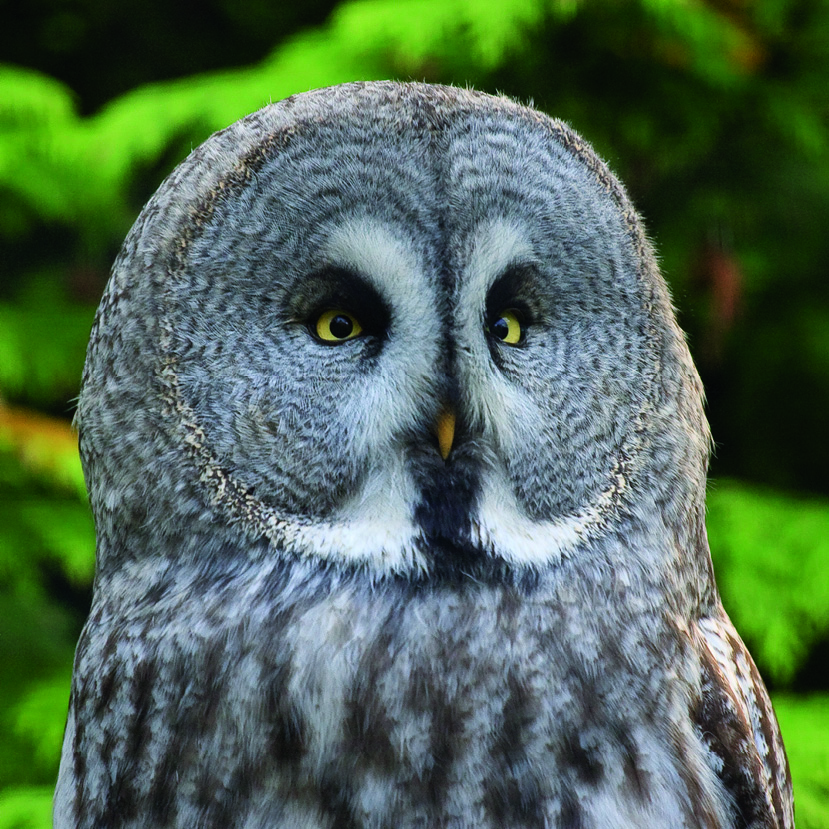 It is one of the largest bird species in the owl family and almost as big as an eagle owl, but weighs only half the amount. Among its trademarks include the crescent-shaped, white feather hem, which include its relatively small yellow eyes either side of the yellow beak. This creates a striking mark in the form of an X. His distinctive facial veil in fine concentric rings determine its appearance. The baby owl hatches in old birds of prey nests or on tree stumps and lives in monogamous permanent marriage. He feeds mainly on shrikes and shrews, which he often devours whole.